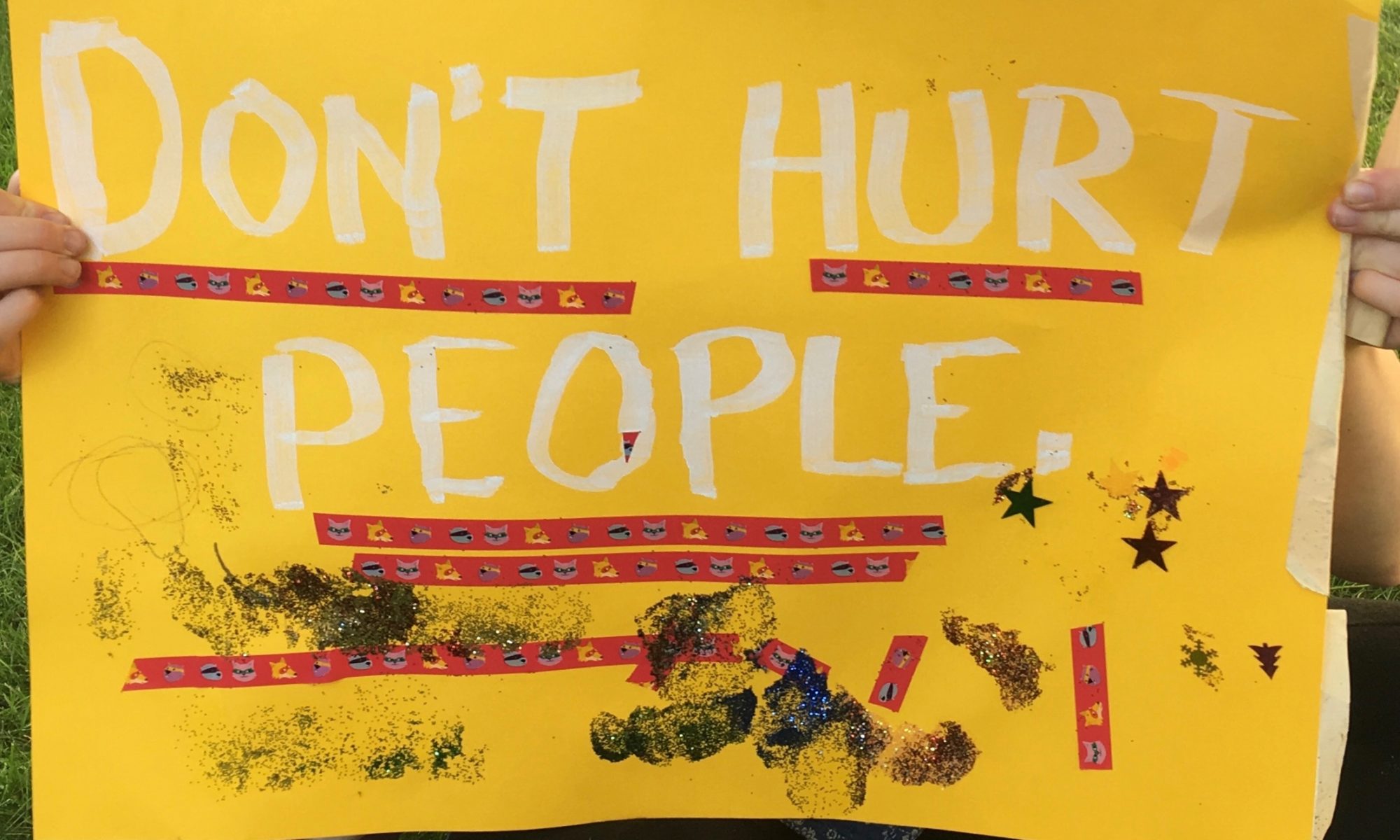 I stood on the road, 8 months pregnant and surrounded by other protesters. It was a joyful, lovely sunny day with banners, placards, chanting and chatting. About once an hour the police came and asked me to step out of the road, they said it wasn’t safe to be there while pregnant. When I refused they would start asking those around me to tell me to move, to keep me safe. A while later, after I had drifted from the road, the police came – large numbers of officers swooped in, clearing other protesters out of the road quickly and standing in lines to prevent people reentering, allowing the line of trucks that had been held up to slowly roll in past us all. Once they had cleared the road, one senior policeman came to my side ‘Its not safe for you here he said, you need to move further back’. I replied that I was far safer than the men, women and children who would become the casualties from the arms that were going to be on display that week ready for sale and use, on which he had to agree.

Two years later I returned to demonstrate against the arms fair returning to London, with my 2 year old. We spent the day chalking on the pavement, chatting to other protesters, joining the Quaker meeting for worship and crossing back and forth between the camp and the demonstration, where once again the road was full of protestors blocking the way for trucks and lorries trying to enter the fair to set up for the coming week.

We also went to look a the warship coming into dock, which seemed vast, dark and ominous, my two year old dwarfed under the large shadow it created . A real reminder of why we were there, but somehow incongruous with the lively, friendly atmosphere of the protest.

This September I will return, with my two children, who will be nearly 4 and nearly 1. We will come ready with banners, games and chalk. With our voices strong and full of energy to resist the arms fair. We come, because we can’t not. We are privileged to be born into a safe environment, but as a country we profit from the sale of arms through which others suffer. Together we will stand in solidarity with those affected and resist the arms fair.