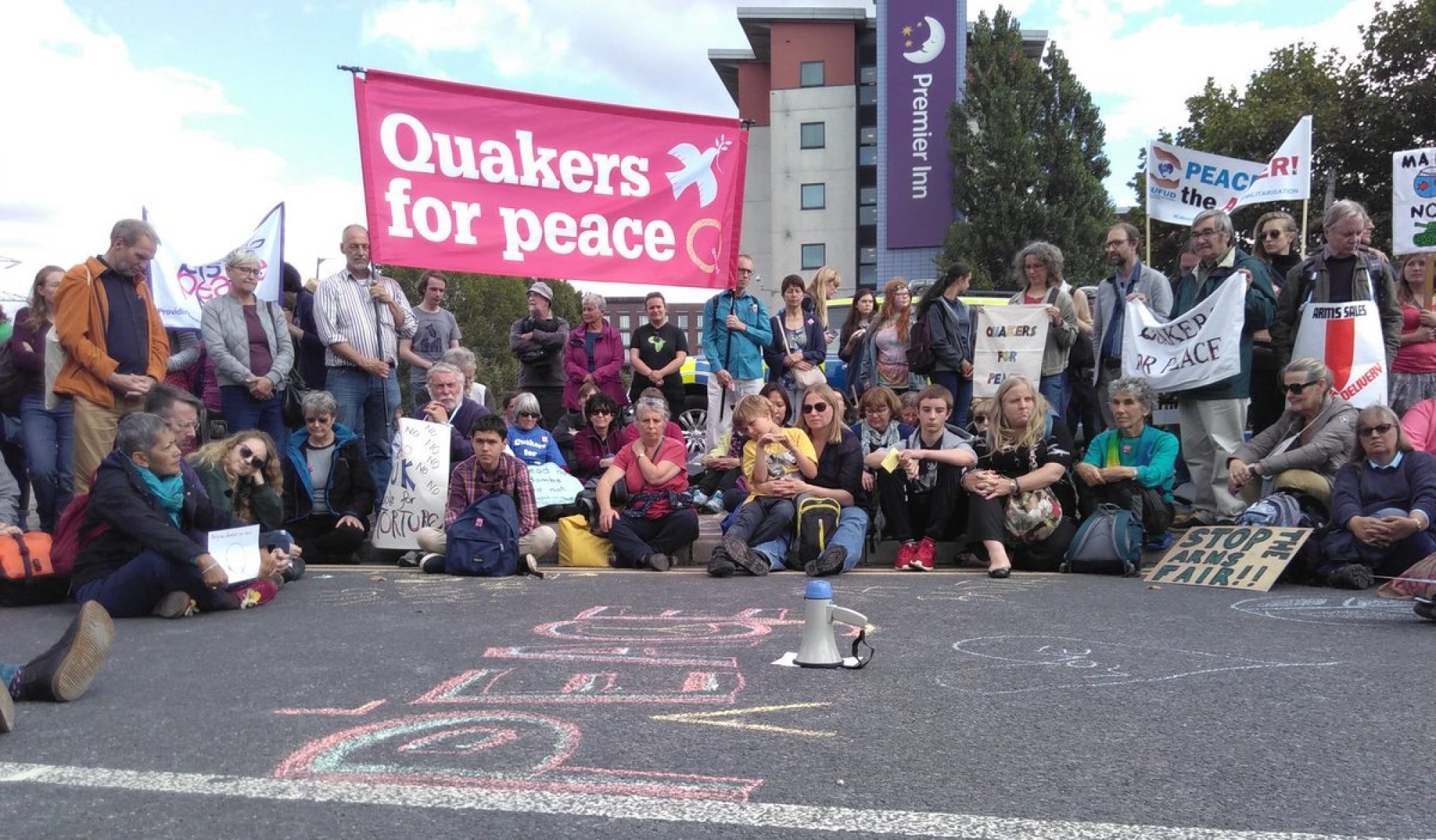 I was very excited about joining a Meeting for Worship intending to stop the lorries entering the EXCEL. centre in 2017

It was a pleasant September morning when we arrived at the exhibition centre. I went to greet some Catholic friends who had locked themselves on to each other, intending to saunter over to the MfW. It was not to be.

A Friend asked me to make a sign which I did, kneeling in the road. A Friend from Leeds was with me. A couple of police officers approached us and asked us to move as we were blocking the road. We said that that was our intention. An officer said we would be arrested if we didn’t move. We stayed: he arrested us. It was all very civilised! I know my gender, age (71) and disability means that the police were very careful with me. I talked to them, avoiding giving too much information (I’ve done this many times). Sitting in the van gave space to explain to them why we were there. I have found such conversations to be an important part of nonviolent action.

Because of the group who had abseiled off the bridge, we had to be taken through the exhibition centre in the van. Our police officers were obviously impressed by the action.

Eventually we arrived at the police station and were taken in to be processed. The custody sergeant went through the procedure and we were placed in cells. In our van I think there were four or five of us.

I have been arrested many times and really lover being locked in the cell. When I hear the key in the lock I think, ‘That’s the first part of the action complete’. As I am visually impaired I cannot read normal print so can’t take a book into the cell. I pray, reflect, sing, walk up and down and generally enjoy my own company. As a lazy person I love not being able to do anything except drink the coffee offered at regular intervals.

We were released about 4pm and were given bail conditions and a date to appear in court. In the event after two court appearances, our case was dropped.